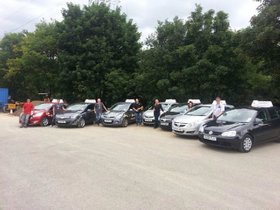 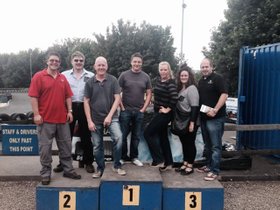 We can train you to become an Instructor.  Then Join us!

Join a winning team.  Join Go For It!

Calling us will be the best decision you ever made! 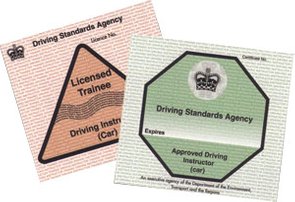 Go For It was established over 10 years ago by Rob Hulley and has become a familiar sight on Sheffield roads. With our partners we have over 15 happy instructors making us one of the largest driving schools in Sheffield if not the largest.

Our success comes from competitive pricing, effective marketing and high numbers of recommendations.  Should you choose a Go For It franchise, you can be assured we will pull out all the stops to get you busy.

I would like to thank Rob and Ian for giving me the opportunity to join there team of franchised Instructors.

To be honest I did have my doubts and the usual concerns regarding a franchise due to experience of high franchise fees and no pupils.  Not mentioning the big players by name for obvious reasons but you don't see so many on the road these days .( I WONDER WHY ) .

Up until November 2014 I was instructing under my own banner and also working part time with a local coach tour company working long hours and not to much to show for it .I couldn't give up my part time coach work for fear of not getting the pupils and I couldn't give up the instructing because the other didn't pay that well .Talk about catch 22 .One day while driving my coach I happened to be positioned behind a Go For It instructors car .On the back was the sign ADI urgently required .Now it wasn't that I was looking for something else but I jotted the number down and after  a week or so I thought what the hell I will give them a ring ,just to see.To be honest I didn't have any hopes because I had already had bad experience of a franchise.

The conversation that followed really did sound to good to be true and I nearly backed down on signing up because I thought no way ,I've heard it all before.

This is the key thing that prompted me to Go For It  (sorry the pun ) both Rob and Ian are both working ADI,S who have there own pupils and who have experienced all the problems that I have had the ADI industry .Working together Rob and Ian have really come up with something special .A strong pupil base with continued referrals and a franchise package that has the instructors interest at the top just as much as the success of the business .

I had all to lose when I signed up on that day and I did question if I had done the right thing .But right from the start Rob and Ian made true to there commitment to me .In fact I have to turn customers away , my diary is fully booked and that was inside of 2 months .Not bad hey .Thanks Rob , thanks Ian ( sorry for being the doubting Thomas) .keep on going.. .I can be contacted on 07812815155 if anyone is considering joining the team and perhaps have the same reservations that I had .